The publisher’s blurb for Gabrielle Carey’s non-fiction Moving Among Strangers: Randolph Stow and My Family:

As her mother Joan lies dying, Gabrielle Carey writes a letter to Joan’s childhood friend, the reclusive novelist Randolph Stow. This letter sets in motion a literary pilgrimage that reveals long-buried family secrets. Like her mother, Stow had grown up in Western Australia. After early literary success and a Miles Franklin Award win in 1958 for his novel To the Islands, he left for England and a life of self-imposed exile. 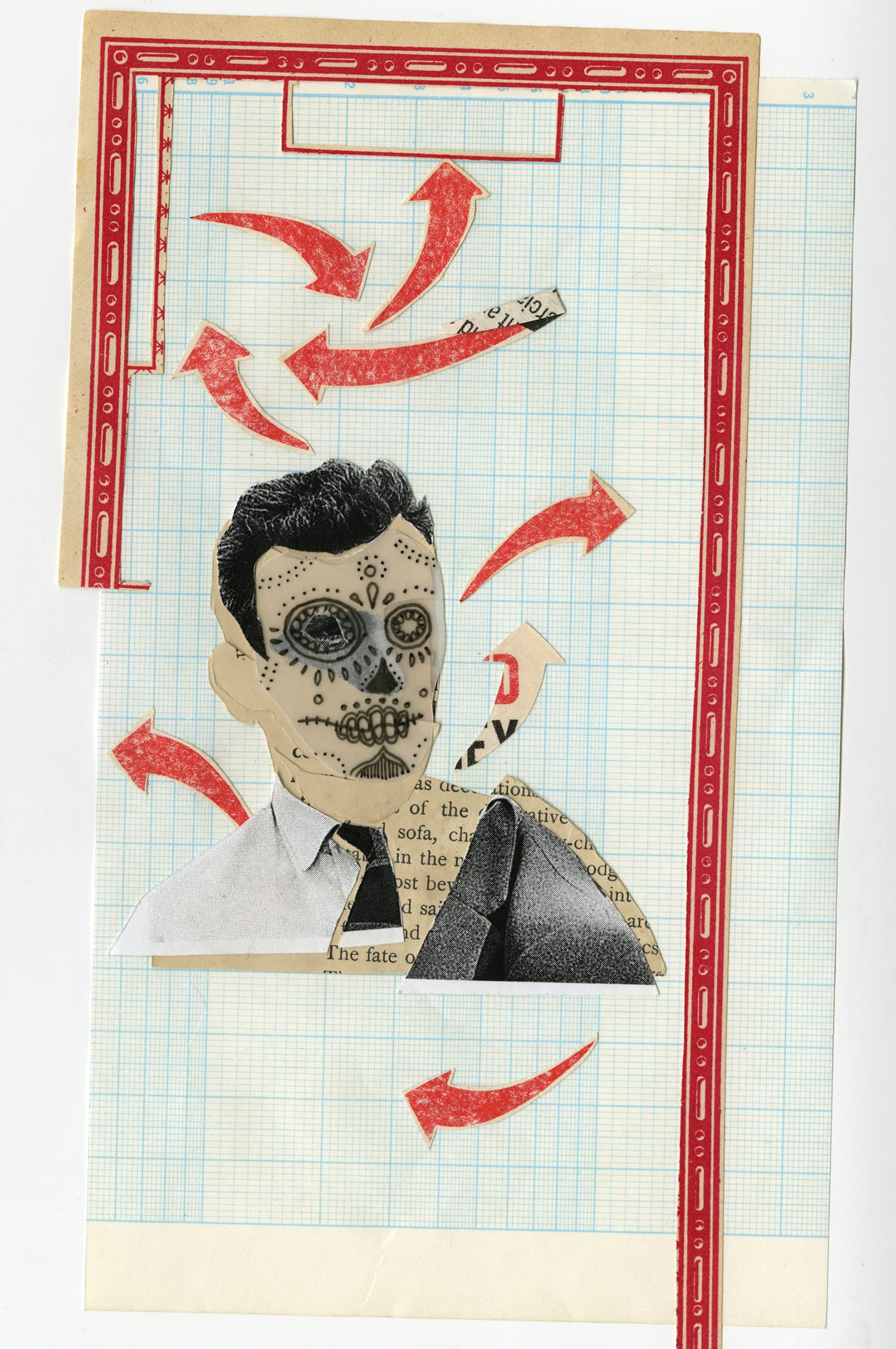 Gabrielle was having a Day of the Dead party, I made her this invite with the unused collage from the cover process, with a little addition

Back to all books

Biography with a literary bent, a personal journey to map the connections between Carey’s dying mother and the reclusive Australian novelist Randolph Stow.