Originally published in Newswrite, the magazine of the NSW Writers’ Centre
May 2017

Recent articles by Alex Preston in The Guardian and Fiona Wilson in The Times claim that as ebook sales slump and print book sales rise, we are entering a ‘golden age of book design’. Both attribute this to the end of an era of penny-pinching by publishers, which occurred in response to the global economic crisis and uncertainty about the impact of ebooks. Confident that a market for print books remains, publishers are investing in design and production that distinguish printed books as desirable objects.

Wilson cites the example of Sarah Perry’s best selling novel The Essex Serpent, designed by Peter Dyer, being named 2016 ‘book of the year’ by UK bookseller Waterstones. Waterstones commissioned a special edition cover with gold foil and embossing, resulting in an additional 90,000 sales over the Christmas period. Yet an exceptional design does more than drive sales.

The design of a book significantly impacts the way a reader responds to it: a well chosen paper stock, a thoughtful embellishment, the way an image or typography moves around the book cover can delight and engage us. We shelve our favourite books in prominent places, their covers wallpapering our living and work spaces with reminders of reading experiences that have educated, moved or changed us in some way.

In Australia, the annual Book Design Awards have been held for sixty-five consecutive years, making them one of the longest running design awards in the world. Each year nine local and international judges assess hundreds of entries to award winners across 16 categories. The Awards were established in 1952 to draw attention to the craft of book design in order to improve the standards of Australian design, which was, according to early judges’ reports, below-par in comparison to Europe and the USA.

In the decades since, the local book design community has flourished and judges reports confirm Australian design is competitive on an international scale. 2017 judges commented that ‘the quality of Australian book design remains very high and the variety of styles impressive.’

What makes some covers resonate more strongly than others? An excellent cover attracts the attention of the consumer in a visually busy marketplace, but also appeals to the reader as she develops a relationship with the book over time. 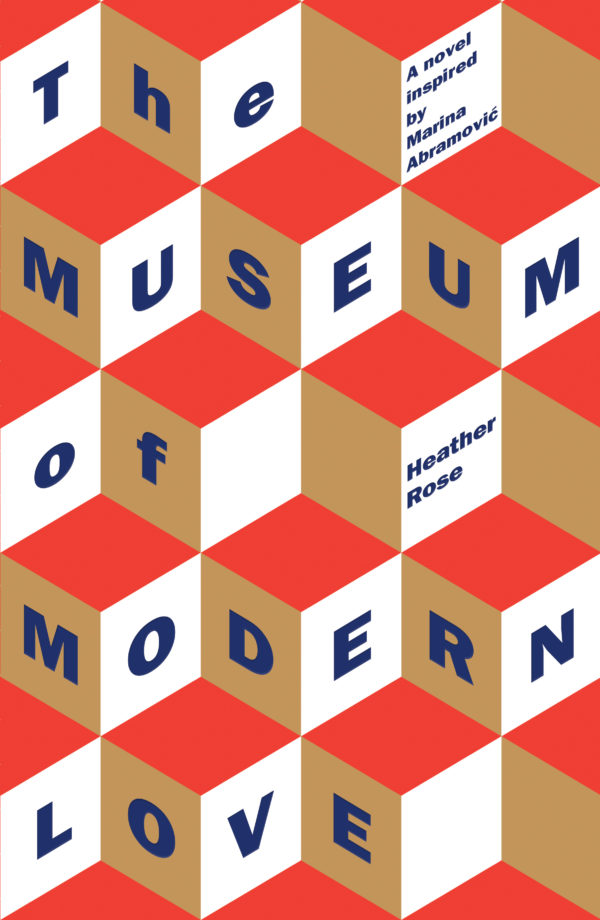 Sandy Cull’s striking design for The Museum of Modern Love achieves this. Sandy’s design won Best Literary Fiction cover and was voted Designers’ Choice Cover of the Year by members of the Australian Book Designers Association. Judges describe the cover as ‘mesmerising, simultaneously contemporary and timeless’, one commenting: ‘a brilliant cover, I see this everywhere I go and always think how think how strong and wonderful it is.’

Sandy’s design is eye-catching and memorable, but also cleverly reflects aspects of the novel that the reader can contemplate as the narrative unfolds. Sandy explains:

Central to this novel about love and grief, was an actual art performance about ‘connection’, by Marina Abromovic, in the atrium of MOMA. The novel’s characters were either inside a white square participating or looking on from its edge. I had been working with the square, but when I made it a cube using the colours of Marina’s three dresses, I chanced upon this ‘connection’, this stunning interplay of light.

A design we fall in love with at first sight but come to appreciate for its subtlety and thoughtfulness over time can enhance our relationship with an author’s work. The design becomes an emblem for the literary work, a visual cue that triggers the memory of our personal reading experience.

As well as praising bold and beautiful design, judges have also recently commented that the ‘conservative mindset’ and ‘restricting briefs’ from Australian publishers often result in unexciting books that lack innovation: ‘Publishers should put more faith in the power of a ground-breaking design to get attention and sell books.’ And, I would add, to ensure our ongoing affection for printed books in the digital age. This golden age of book design is a moment for Australian publishers and designers to experiment and push the boundaries of what we expect from the look at feel of these objects that hold such affectionate places in our lives.

Awards catalogues dating back to 1953, including judges reports, are available to freely download from the Australian Book Designers Association website, www.abda.com.au

Dr Zoë Sadokierski is President of the Australian Book Designers Association and a senior lecturer in the School of Design at the University of Technology Sydney.

Alex Preston, ‘How real books have trumped ebooks’, The Guardian, 14 May 2017